Hailey Knox’s soothing melodies tied with heartfelt lyrics have captured the attention of Us the Duo, whom she’ll be joining on tour this year (Jan 25 – Feb 25, 2017). Her latest EP titled, A Little Awkward tells distinctive stories about the trials and tribulations of the teenage years and the transition into the daunting dimension of adulthood. Local Wolves caught up with Hailey on the message behind her song “Awkward”, how “Blackbird” by The Beatles has engraved a special place in her heart, and the prospect of Meghan Trainor covering one of her songs. Has music always been a backbone of your childhood? What were some singers that you were completely awestruck with, when you were younger?

HK — I grew up with music all throughout the house. My dad taught himself guitar at fourteen and then taught me when I turned eight. I started playing open mic and charity events at the age of ten and went on to play Amateur night at the Apollo Theater. I’ve always loved music and have been inspired by artists like Ed Sheeran, Ingrid Michaelson and Allen Stone.

How early did you start playing the guitar? On a personal note, the first song I ever learned on guitar was a Beck song that had a simple chord progression; do you recall the first song that you tried hours upon hours learning on guitar?

HK — One of the first songs I learned on guitar and probably the most difficult is “Blackbird” by the Beatles. I remember my dad spending hours on end teaching me the chords and helping me with the plucking patterns. I spent a lot of time practicing that song and ended up playing it at several local shows.

How does your songwriting process work when you’re interweaving storytelling into instrumentals?

HK — My mood and amount of energy/caffeine intake will usually dictate what I’m writing about and where the song goes. Sometimes I’ll begin with a melody, and other times I’ll be jamming and create a cool chord progression. I use a loop pedal to help come up with interesting harmonies and/or melodic ideas. What was the first song you ever wrote for the “A Little Awkward” EP?

HK — “Geeks” was the first song written on my EP, A Little Awkward. The song was inspired by some of my high school experiences. I felt like an outsider but came to a realization that many people felt the same way as I do. The song is meant to inspire the underdogs.

When did you officially know you’d want to pursue becoming a musician?

HK — I’ve always loved singing and playing for people. When I saw people’s reactions of me playing locally and at my first few gigs, it inspired me to continue. The encouragement of my family and fans also motivated me. I would come home from school, jam on my guitar and sing my favorite songs as a way to relieve stress from school and homework!

If you had your own record label, what type of artists would you’d love to sign?

HK — If I had my own record label, I would most likely sign artists who are passionate and driven. I would look for an artist unlike any other who has a unique voice or talent. You do a lot of covers on your YouTube channel, if you were to pick any musician to cover a song from your EP, who would you choose?

HK — I would die if Meghan Trainor covered a song of mine. She is so cool and has such a beautiful voice. It would be such an honor to hear her cover my song!

You’re going to be going on tour with Us the Duo this year, what song are you most excited to play live?

HK — I cannot wait to play my songs “Awkward” and “Loopty Loop” live. They are a lot of fun to play because I incorporate my loop pedal and people seem to relate to the lyrics.

When do you feel the most free and at ease?

HK — When I’m hanging out in my music room, live streaming and talking to fans— or when I binge watch a Netflix series with my sister Samantha— those are the times I feel the most free and at ease. Your song, “My Worst Enemy”, deals with insecurities that frequently tear us down. How were you able to intertwine the message of low-self esteem within a song? Do you feel that it is important to let people know that they are worth much more than all their self-doubts and lingering insecurities?

HK — The song “My Worst Enemy” is one of my favorites lyrically. When I released it, I never would’ve imagined people relating to the message as much as they have. I managed to intertwine this message into a song by being honest. I truly had and still have feelings of self-doubt and am not the most confident at times. I often second-guess myself and even question this response to your question. I believe everyone has worth and they should embrace their unique qualities!

Tell us a bit about your single “Awkward”, how long did it take you to come up with lyrics for this particular track?

HK — “Awkward” was written with my songwriting team “the dreaded us” and it took us a few writing sessions to complete the song. The underlying message of “Awkward” is really about trust between you and your parent. It’s a song about maturing and becoming your own person.

Is there one instrument that you wish you had the ability to master?

HK — I would love to learn to play the cello!

What message do you hope people take away from whenever they listen to any of your songs?

HK — I hope people remember they are never alone even if they feel like a geek or if they are feeling down about themselves in any way. 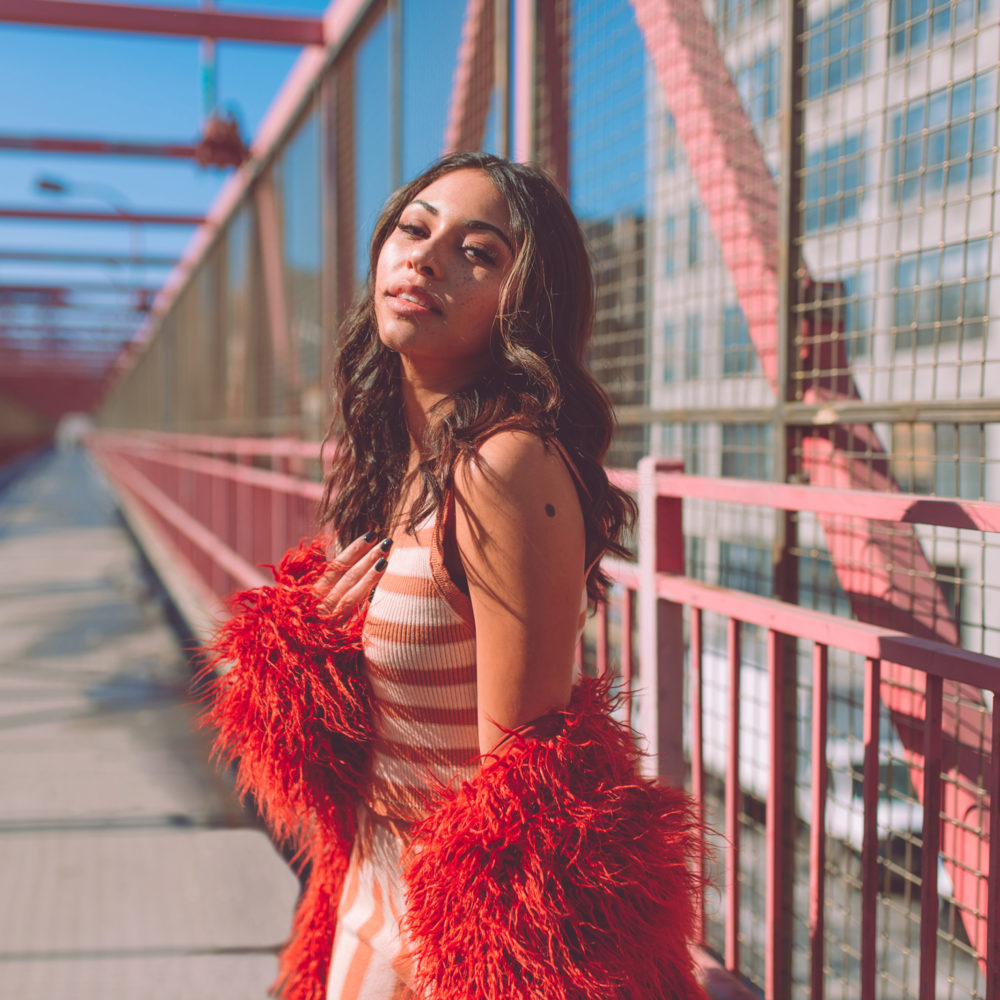