You might have heard of Matt Fazzi (MF) from his previous stint in Taking Back Sunday, yet now he’s here to show off his new project, Rare Futures. Delving back into the past, Matt shares with us why he chose to reinvent his new band before fast-forwarding to the hopeful future of this exciting endeavor.

MF — It’s been an exciting year thus far but it still feels very much like the start of the whole process. We’re a brand new band so it takes time to slowly ramp up to bigger things. I’m a little blown away we’ re almost to May already! So, let͛s go right to the beginning!

Rare Futures started out as Happy Body Slow Brain, but what caused the transition between the projects?

MF – I just had spent a long time over the past few years working with other bands and projects that required a lot of my energy so it felt right to start with a completely new slate. As I was preparing to release This Is Your Brain On Love, I didn’t feel as connected to the old band name and knew I needed to refresh the whole thing a bit.

Were there any fears at all about the change, considering you͛d already formulated success with HBSB?

MF — Initially, I was a little nervous about starting over again and leaving behind the last 5 years of what I had built under the Happy Body Slow Brain moniker, but the more I considered all angles, the more it made sense to just start again and try to get everything right from the beginning. I was hopeful that any fans that really enjoyed my music would understand where I was coming from and follow me through the transition. It helped that I felt really confident in the new name and the album so I knew there was something there to build upon. The Pressure is an absolutely gorgeous stop-motion video; why did you choose to use this method rather than animation, actors etc.?

MF — Thank you! The opportunity really just organically presented itself. There wasn’t a set plan. It all came about because it just so happened that my good friend and former band-mate, Justin Burgos (at Rough N’ Tumble Productions), had gotten into filming stop-motion and on a visit to NY to hang with me, he and I cooked up this spaceman adventure that we decided would become Justin’s first major undertaking. We didn’t anticipate that the process would end up stretching over almost a year and a half but we’re extremely happy with how it came out, especially considering it’s Rough N’ Tumble’s first long-form project and it was done on a shoestring budget using mostly found and recycled materials. You’d never guess Justin shot it in his garage.

How much input did you have into how the music video would look as a final piece?

MF — I had my mitts all over the project. Justin Burgos and I worked really hard on a lot of the details together at the very beginning and then he ran with it from there with his production team back in Portland. I was mainly part of forming the story and helping keep that on track, so for a large portion of the filming I let Justin and Co. do their thing and then I came back into the mix when we were in editing to help push it over the finish line. We had storyboarded and planned it out well enough that I trusted them to handle business and keep me updated along the way. Hats off to Justin, Gerrit and the rest of the Rough N’ Tumble crew for their amazing work!

Your new album, This Is Your Brain On Love, has been a long time coming and – if I may add – it’s a real treat to listen to. When did you first begin to dabble with tracks for the full-length, and what prolonged its anticipated release?

MF — Thanks for the love! I first started writing new tunes for Brain On Love almost immediately after my last album Dreams Of Water back in late 2010/early 2011 and then life happened. I had always tried to be pragmatic about my approach to HBSB, so when a great tour opportunity would come up for me to step in with another band, I would take it and that would thus put my music temporarily on the back-burner. That ended up being the case pretty consistently over the last 5 years, getting calls from other groups while I slowly put together album #2 in the gaps and was figuring out what to do with it. That’s why the process between records was so drawn out. If I hadn’t been distracted with other bands and tours and projects along the way, it would have seen the light of day much sooner. However in retrospect, I’m glad that I had enough time to sit on the album and decide to change the band name and go through a few more experiences and lessons to really know I’m doing the right thing here.

What inspired the lyrical content for the record, and how did you decide on which songs made the cut and which didn’t? Considering the length of time spent refining everything, there must have been some conflicting opinions!

MF — The lyrics for Brain On Love were heavily inspired by losing a couple of family members to cancer in a very small timeframe back in 2011. That threw me for a loop. It’s hard not to take stock of what really matters in life when you experience death very close to you. That was the catalyst that focused the lyrics of the album into this hopeful message of soul-searching and making the most of our lives in a meaningful way here on Earth. Over time, certain tunes that didn’t fit in with the rest fell off and the songs naturally started to find an order on their own. The great thing about being the main driver of the whole project behind the scenes and being fully independent is that I can take all that time to get the album right and experiment with a lot of things without having to answer to anyone. That time and freedom is a blessing and sometimes can be a curse.

TIYBOL comes across as being very spiritual and enlightening, but what was the actual message you hoped to portray to your audience through the record?

MF — The main message is pretty simple, live in the spirit of love and find what you feel passionate about and do it!

Whilst still being actively involved in The Dear Hunter and A Great Big Pile of Leaves, how do you dedicate your time between these and Rare Futures? Do you ever have a break?

MF — (Laughs), luckily for me, none of the bands I’ve played with in recent years tours so heavily that I had to be fully focused on only them, which has allowed for me to jump in and out of a lot of different situations. With Rare Futures, I’m trying to spend more time than in the past on my own music so that I can give this album the correct amount of love and energy and life.

Looking back onto your stint with Taking Back Sunday, has that experience influenced your outlook for your own personal musical endeavors?

MF — The Taking Back Sunday experience most definitely has changed my outlook and approach to how I’m doing things now with Rare Futures almost on all fronts. It’s such a different level when you’re dealing with major labels like Warner Bros, where there’s a lot of money at stake and a lot of cooks in the kitchen. Having dealt with Warner twice among other labels actually has made me even more into the idea of independent DIY releases because when you have too many outside opinions in the mix, the intention and focus of the art becomes diluted.

Considering you’ve worked with major labels in the past, would this be something you’d hope for Rare Futures, or is the smaller indie route the better alternative for this project?

MF — As of now, labels are not on my radar. At this point, because of advancements in recording technology and the Internet, it’s extremely easy to do most of the things a label would do for an indie band anyway, so if a large or small label expressed interest in Rare Futures, I really would have to feel like they were bringing something significant to the table to entertain it. In an ideal world, what would you hope Rare Futures will achieve in the next few years, and what else can we be expecting from you?

MF — In a perfect world, we’d be touring a bunch over the next year or two to grow the band and throwing out more content in the form of videos and live stuff for this album while I continue to compile ideas for the next record. I also have two side projects on the backburner that I’m hoping will see the light of day by the end of the year so there’s a lot to be accomplished and excited about in the future! 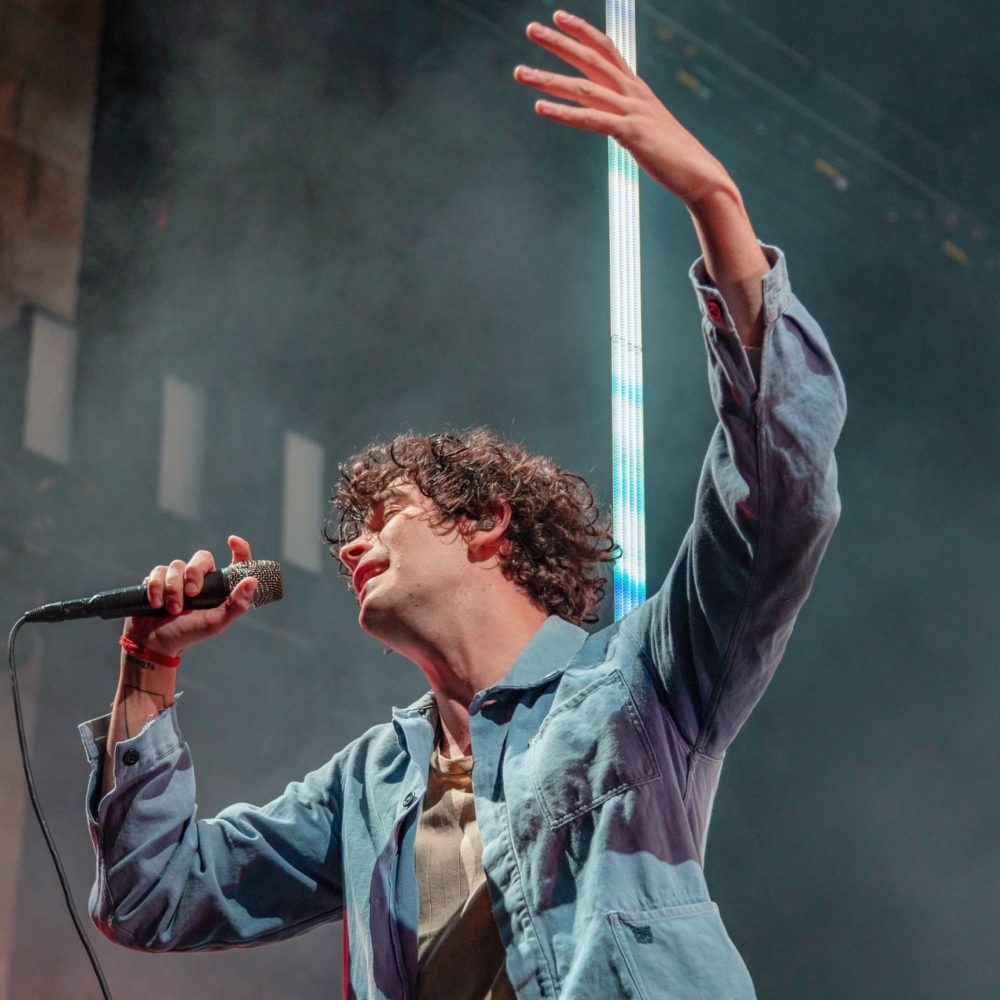