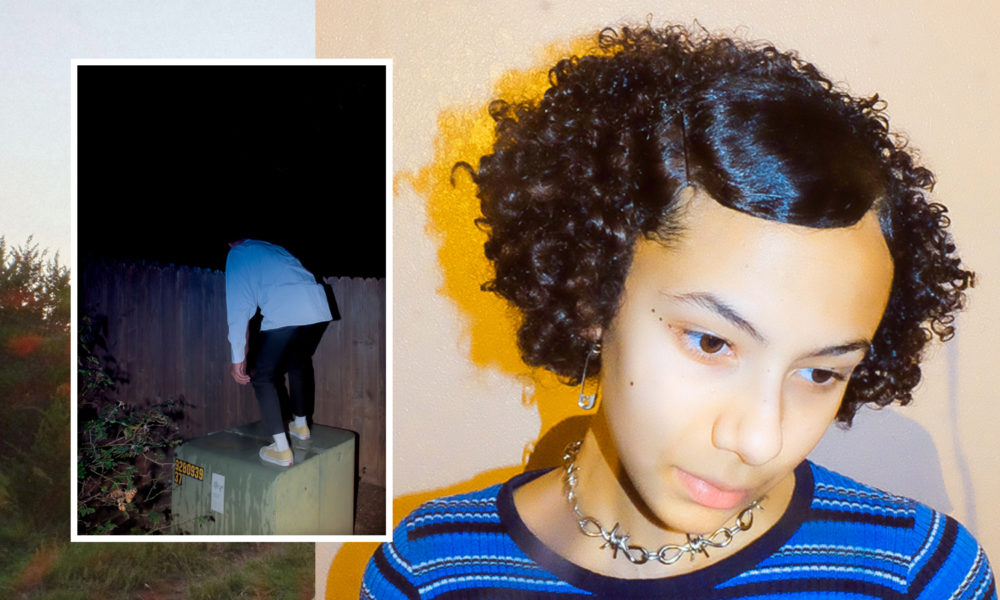 Kaylen Byrd crafts narratives within her photos that have driven. Her breathtaking photographs document the vivid chronicles of People of Color, an intrinsic love for skateboarding, and a neutral ode to the feeling of being stuck in a hometown. By merely flipping through Byrd’s portfolio, one can see she has mastered the way to capture a deep-found admiration for transcending physical and existential stories. In one of her photo series titled, “blue,” Byrd was inspired by the color-rich Barry Jenkins-directed film Moonlight, in which she captured her friend, Jasir, amongst the James Laxton technique of highlighting the facial features of black people rather than casting them in dark tones. Byrd’s “Capital’’ photo series documents the vivacious beauty of Jamaica that is similar to the way a National Geographic photographer weaves a love for catching moments of people and nature. Kaylen Byrd talks to Local Wolves on her photos being featured in a NYC gallery, the Beatles song that describes the feeling she got when she took her “Capital” photo series, and the vulnerability she aims to capture through her lens.

After viewing all the different selections in your portfolio, I noticed that you like to show youth surrounded by an aura of comfortability, do you like portraying different themes through the photos you take?

KAYLEN BYRD — A lot of art comes from emotion and each person experiences those feelings differently, so when expressing it through an art form I believe it looks different to everyone. So yes, I definitely like portraying different themes. I feel like artists shouldn’t have to limit themselves to any specific type of style or technique.

Can you describe the moment where you first picked up a camera? Did you ever imagine the influence a camera would have to your life?

KB — I was really young and I’m almost sure it was a disposable and I believe I took it to Disney world the first time I ever went. While I was there I just took pictures of things I found appealing I never thought of it as much. I still have the pictures from that first trip to Disney World and some of the prints were really good. As I got older I continued to take pictures and capture moments of my life. I didn’t even think of it as much until I started taking pictures of my friends. It wasn’t until about 3 years ago I really started putting time into photography and creating concepts. I knew that this was my passion and what I wanted to do for the rest of my life.

How do you think photography provides a canvas for you to express your emotions?

KB — It allows me to turn my visions into a photograph through models, props and setting. I am able to recreate exactly what I see in my head through creative direction and capture it with my camera. 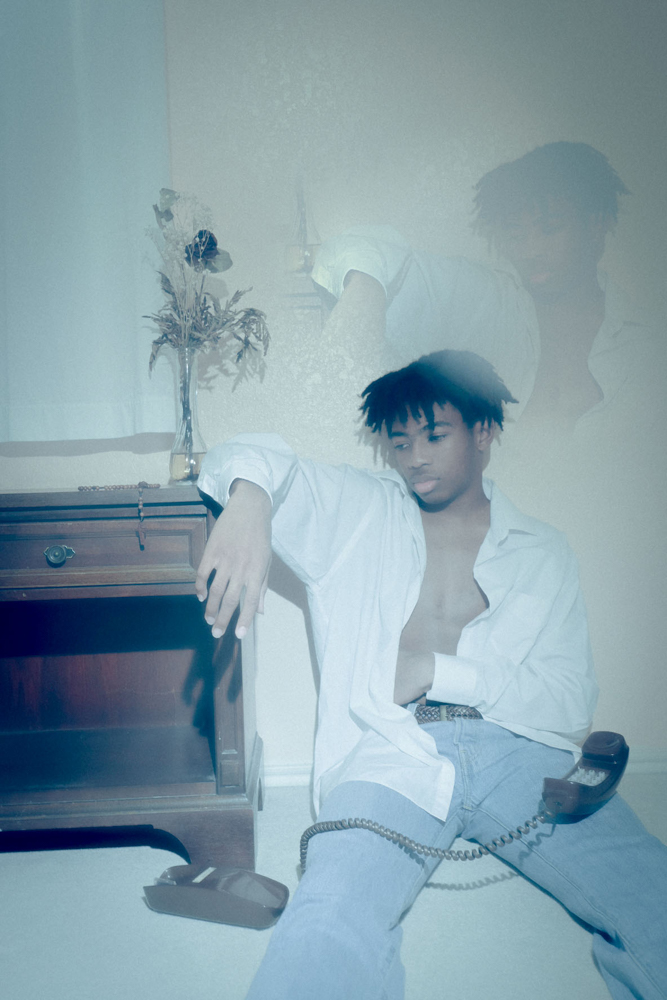 One of my favorite photo series you did was the “In Moonlight, black boys look blue” series that seems to be influenced by Barry Jenkin’s beautiful film, Moonlight, despite you taking influence from the movie, you completely redefine the famous line from the movie and make the photos unique to how you envision that line. Can you talk more about how this photo set came out about and why you did decide the photos the way you did?

KB — Well that movie was amazing and James Laxton was the cinematographer for Moonlight and he never wanted to overexpose the dark colors of the characters skin just because they were black. He used amazing lighting techniques to highlight their actual face and features in detail. This set came about because a lot of artists whether a photographer or cinematographer can never really capture a great shots of dark skinned people the way they do white people or of those with a lighter complexion.

I know you recently had some of your photos displayed at a gallery space in NY meant to highlight the endeavors of young artists, how did this experience make you feel? Do you wish that there were mediums that gave young artists of color more platforms to share their art?

KB — It was surreal like it wasn’t huge but it was a big deal for me to even want someone to have my work featured. I do wish artists of color had a larger platform, I feel people of color have to work three times as hard to get half the recognition white people or people of a light complexion receive. We have to do a lot on our own and just don’t have the same opportunities others have. But if more artists would work together rather than trying to tear each other down this wouldn’t be an issue and we could all share the same platform. But due to the circumstances of how the world is today, yes, I do wish there were mediums for people of color and we will probably have to crate these platforms on our own.

The Butterfly Series is incredibly rich of color, if you were to describe your style of photography in one color, which color would you feel best demonstrates your photos and why?

KB — I would say green. Whenever I edit it’s always an undertone to majority of my pictures even if it isn’t visible it helps create the photo from base to finish.

You live in Texas, a place where most people haven’t really visited and often overlook the beauty hidden within the state, how do you think life in Texas influences your artistic choices?

KB  — Texas is a beautiful state and I have lived here my whole life it definitely influences my photos. I’ve always wanted to get out Texas so when I shoot outside I tend to use more neutral colors in my photos with a more blue tint to them depending on how I’m feeling and what I want my photos to represent. The scenery does have influence on my photos. In my series ‘7’ I photographed my friend Dennis outside and he was in a field but it was surrounded by trees. I wanted that to express that I feel as though I will never get out of Texas, like this is where I’m going to be stuck.

Another one of my favorite photo series’s you did was the one titled, “Capital,” they are exceptional photos of what almost looks like could have been film scenes, if you were to put a song behind these photos which one would you choose and why?

KB — “Mother Nature’s Son” by the Beatles. When I was in Jamaica I saw a man on the side of the road selling mangoes and a young boy beside him washing the fruit off in a bucket. McCartney/ Lennon wrote “find me in my field of grass, Mother nature’s son” I don’t know why but that song immediately came to my head, seeing that just gave me a feeling that the people that live there are just more in tune with their surroundings.

The way you shoot your photos provides a narrative within each and every shot, what is the story within the photos of Jasir sitting on a couch and skating around?

KB — Jasir is one of my closest friends and he loves skating and it’s his own form of art and I really wanted to capture that. With the photos on the couch I wanted to present a sense of innocence and vulnerability, something that I feel whenever we hang out. Like we’re so deep into our youth and we are already experiencing life and going through so much and I felt like those photographs captured the last few moments before we lose that innocence. 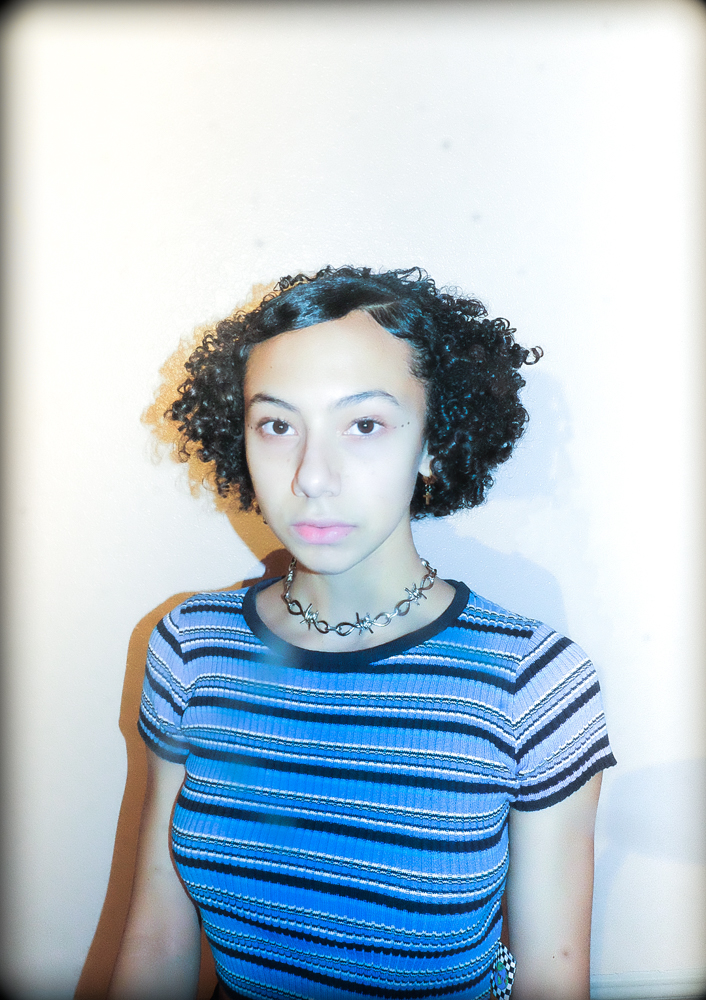 How has your work changed overtime? What more can we expect from Kaylen Byrd in the upcoming months?

KB — It has changed drastically, I use to just take pictures of my friends skating and slap a lame ass filter over it. Now I’m writing and sketching out ideas before I even pick my camera up. I even buy props to build my own sets in my moms spare bedrooms to emphasize and add more detail to my pictures. In the upcoming months you can expect better projected projects with more organization, I won’t be releasing projects until I’m fully satisfied with the work because I have a bad tendency to upload a project and a few weeks later go back over it because it didn’t turn out the way I envisioned it. I’ve actually been working on a film project to follow another series that has been in the works. My upcoming projects hopefully will show a lot of growth in my work from the past.