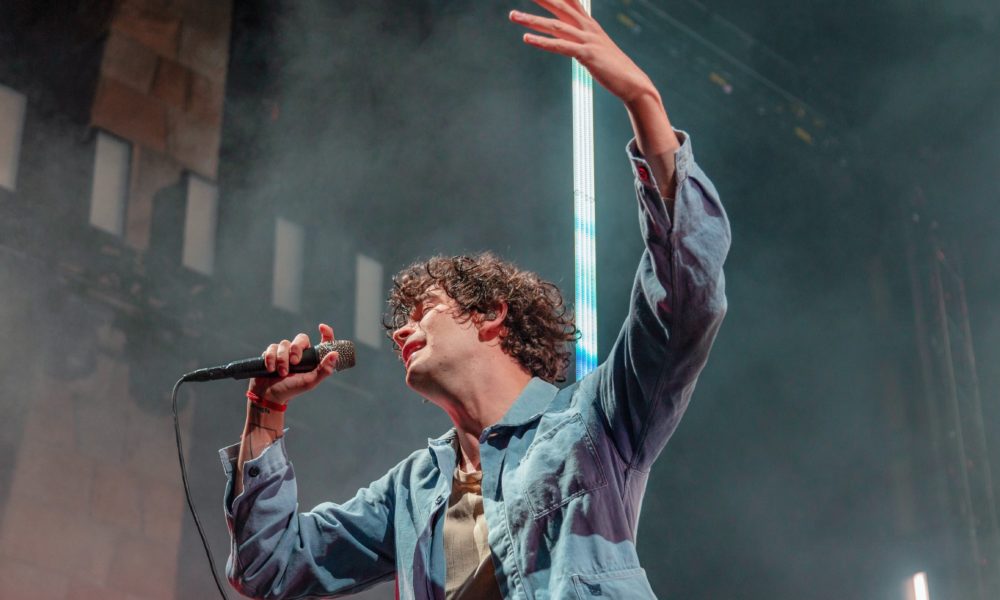 The built up suspense as the self titled track began to play shot electricity through the audience at the Santa Barbara Bowl in Santa Barbara, California. The production The 1975 has perfectly the music which makes the visual experience ethereal. This band has an intrinsic way of showing the world what they’re capable of, and the transition from their self titled album, A Brief Inquiry Into Online Relationships shows this. Gushing to the crowd about how amazing it was to be there, Matty Healy pours his heart into his performance. Opening the show with “Give Yourself a Try,” people are on their feet and dancing and singing alongside the singer. The energy manifested from the audience makes the performance lively and responsive, a perfect parallel to Healy’s amazing stage presence. From “I Like America and America Likes Me” to “The Sound”, the performance is a lively experience with ups and downs. Fan response only demonstrates the impact this band has had on them. It’s inspiring and fascinating to witness. A spiritual experience to say the least, to see the creative direction this band is taking on taking over the world. As they grow, the more it is clear how genius this band is, and what they have in store for the future will be a huge step up from what they’re already doing.