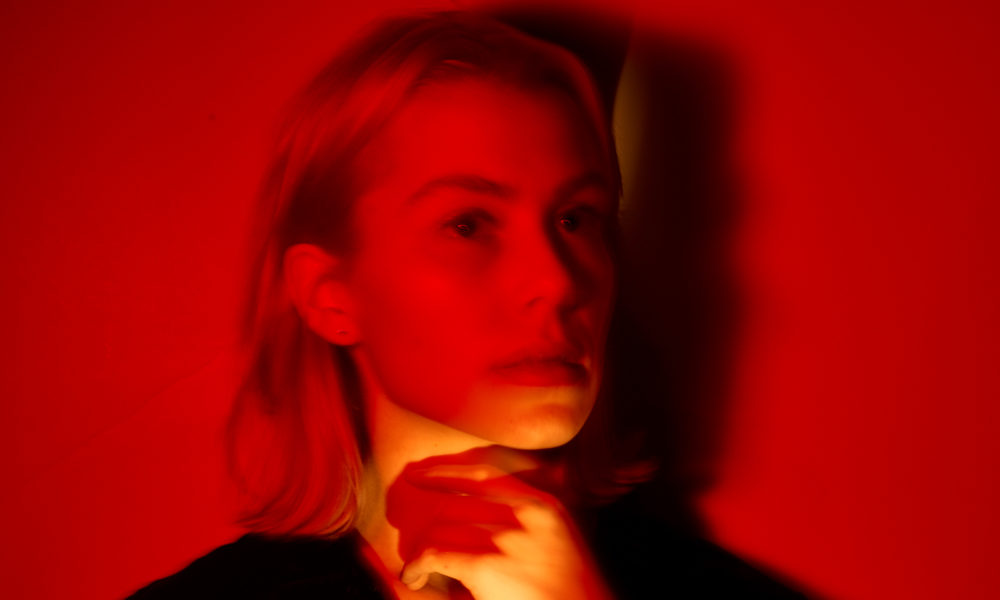 Phoebe Bridgers’ Stranger in the Alps is one of my favorite records of all time. I had just moved to New York when it dropped last fall. It was the album I looped pretty much exclusively as I became acquainted with the city, memorizing street names and subway lines, paving my own meaning over a place that had lived and bustled on before me for centuries. There, I was alone most of the time, but I was equipped with goggle-eyed astonishment and a saline hopefulness that kept me afloat. I dissected the album slowly, one song at a time, as I watched the seasons change (for the first time, really – seasons in LA are a concept at best). The seasons were changing inside of me, too. I was 20 and impressionable. Everything was beautiful just as much as it was brutal.

Each track comes tethered to a sharply distinct memory that immerses all of my senses: the screeching that opens up “Funeral” echoed the one the subway would make before lurching and zipping off into the pitch black maze of tunnels (and mass grave) hollowed out under the ground. “Motion Sickness” blared through my headphones on my walk to and from the tiny spot in Chinatown where I’d drop off film, weaving and bounding through hoards of people, the sun hitting my face flawlessly, like I was starring in my own biopic. And when the light started disappearing earlier each passing day, “Demi Moore” nursed my leaking heart: “I don’t wanna be alone / I don’t wanna be alone anymore.”

I took the long way home most nights, turning into random side streets and piecing the sprawling city together into a cohesive, navigable playground. I walked until it got dark, and even then, I found a thrill in the darkness because it added more of an appealing sheen of anonymity. My eyes were always open and flitting attentively, my breaths sharper and more deliberate. I sat on park benches for hours at a time watching couples, children, and commonplace people going about their lives. I did it all while listening – listening to the conversations around me, to the incessant buzz of traffic, to Stranger in the Alps. I listened to everything except myself. 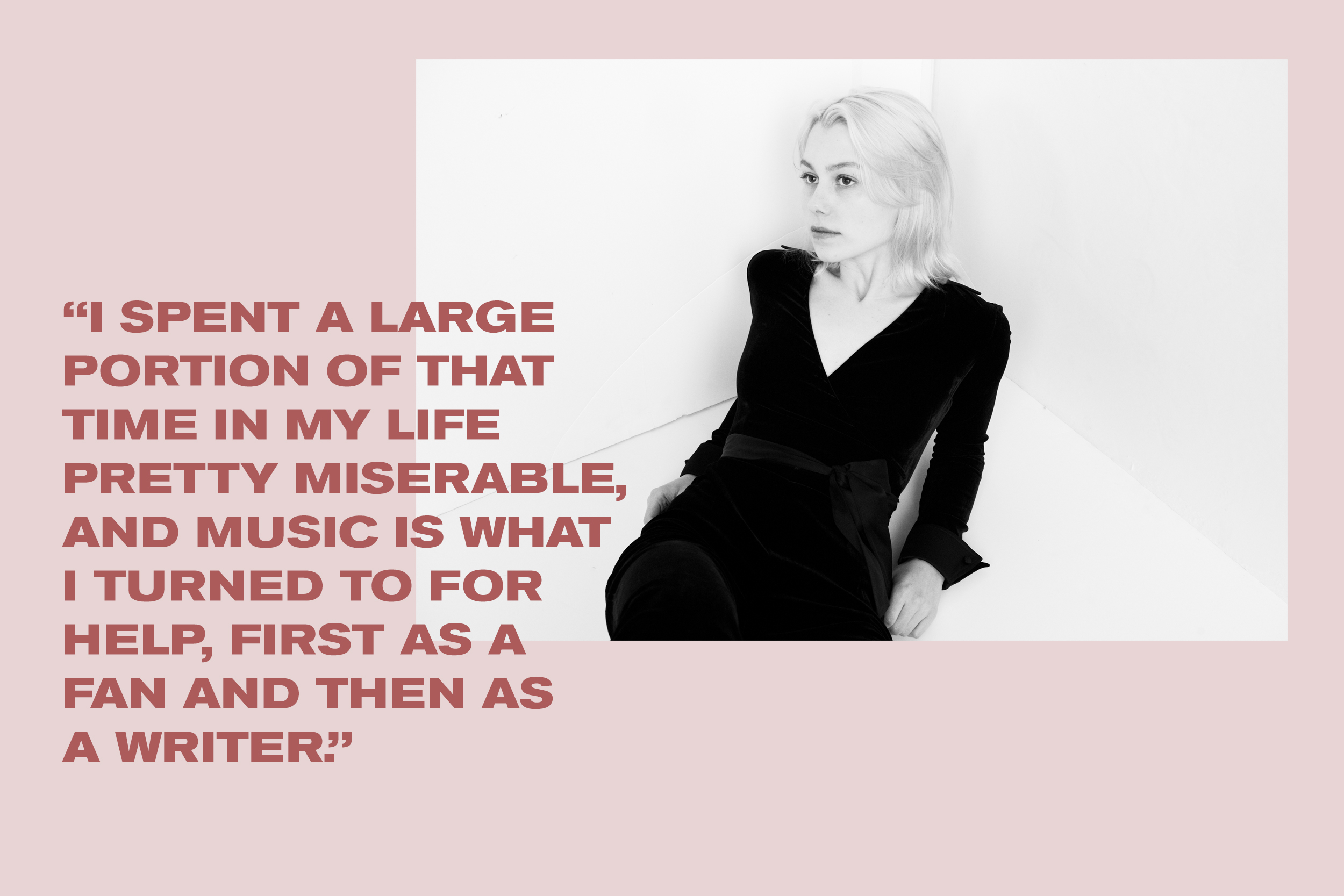 Ironically, as I was pinning my own New York-tinted meaning and skyline-saturated scenery to these songs, Stranger in the Alpsis so undeniably Los Angeles. It’s the city where Phoebe lives, wrote most of the album, and the one that housed her formative teenage years. “I spent a large portion of that time in my life pretty miserable, and music is what I turned to for help, first as a fan and then as a writer,” she explained. “I don’t think I would sound the way I do now if those years weren’t so hard. I wouldn’t have started listening to such good music either – Elliott Smith, Leonard Cohen, Joni Mitchell, etcetera.”

Phoebe, too, has a tendency to enshrine places – she makes direct mention of the Silver Lake Reservoir in the chillingly reverberating “Smoke Signals” and has a song titled Scott Street (which is actually Scott Avenue). “Both Scott Street and the reservoir are places I spent a lot of time by myself,” she said. “The reservoir is somewhere I go to think, and sometimes I end up writing songs while I walk. So, I think most places end up in lyrics because that’s where I was when I wrote them.”

Phoebe writes without ego, but with a sardonic wit and dark, subtle humor. Most of her songs wax morbid, serving as candid and keenly specific anecdotes from her own experiences. Still, they all somehow feel poignantly universal, spanning themes of death, heartbreak, compulsion, and, fittingly, loneliness.

Confessing loneliness feels like admitting defeat. Loneliness follows you like a shadow,refusing to let up even when you’ve bought into the façade of romantic escapism that new cities seem to promise. In the beginning, isolation often masks itself as independence, easily tricking you into the belief that you’re grown, self-sufficient, untouchable even. I became a master of distracting myself well enough to ignore my own – I kept my hands busy, my mind inundated with information, my days calculatedly scheduled. 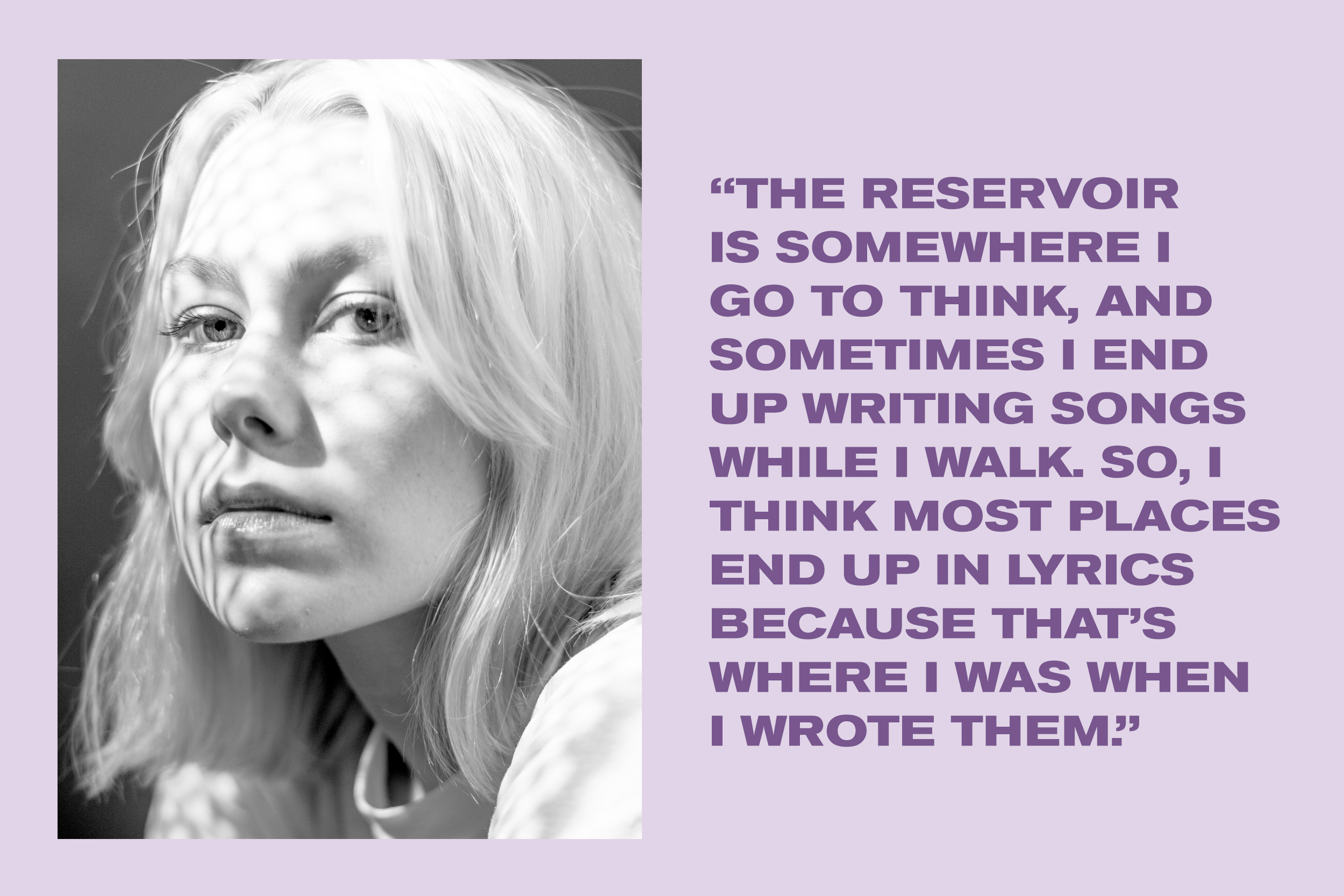 When I returned to Los Angeles, it was as if all of my loneliness compounded and came crashing down on me with a vengeance. I haven’t yet made it out on the other side, so I can’t quite pinpoint why it’s been so violent. Maybe it’s the feeling of loss as I melodramatically mourn this version of myself I really started falling in love with, but only got to befriend for a short amount of time. Maybe it’s the harrowing emptiness that comes with being cruelly plucked up and dropped back into a place that never really felt like home, especially not now that I ran far away enough to feel like I’d shed that skin, left it in the past. I said I felt “possible” in New York; here, I feel difficult, clunky, misplaced, humiliatingly alone.

“Scott Street” is my most played track on Stranger in the Alps; it’s racked up probably twice as many listens as any other song on the album. Phoebe has said that this particular song is about being mind-numbingly lonely, and its lyrics are rife with dejected reflections on a past relationship and life thereafter.

When I finally saw Phoebe live back in California, she saved “Scott Street” for last (to my furtive delight). The last two minutes of that song are my favorite moments of the entire record, maybe my favorite moments in music ever. Despite the cool detachment it carries lyrically, it ends by swelling to a parenthetical resolve with the repeated line, “Anyway, don’t be a stranger.” At this point of the show, giant, bulbous balloons were released into the crowd, flying dizzyingly above us. Everyone’s attention instantly turned away from the stage and onto each other, filling the venue with childlike exclamations and arms outstretched, all reaching upward. Eventually someone accidentally popped the first one and an unexpected flurry of confetti showered over us, only escalating the buzz.

I was ready to stand stiffly and stoically when Phoebe sang “Scott Street.” Instead, I was swept up in this impromptu celebration of sorts, filled with a strangely visceral sense of arrival. As if to contradict all of the previous shame-ridden talk about publicizing our loneliness, doing so is certainly cathartic, sometimes even victorious. It reduces us to act like children again, dropping all inhibition and seeking camaraderie in those immediately around us. Perhaps that’s what makes Phoebe’s music so sacred and digestible – her songs confront and crystallize the big, ugly feelings we shy away from and remind us that that’s precisely when we find freedom.

I walk (but mostly drive) around Los Angeles these days training my eyes to stay alert, my breath to slow down. I have no choice but to listen to what’s inside my head when all my distractions are stripped away. I am still 20, still impressionable, still a victim to my naiveté. But I will turn a year older this week, and even though I know that age and years are just arbitrary markers, they still inevitably pose the thrill of possibility – the possibility that, with time, the person I am in different cities won’t be a stranger, the possibility of becoming possible again.