Every decade, the music world is gifted with an upcoming pop sensation. They shake the world with anthems that last a lifetime and are usually the inspiration for countless nights of carefree, genuine fun. Bronze Avery is one of those emerging pop artists. His hypnotic, energetic, lust-filled tunes are bound to be on every DJ’s rotation in 2018 and will most likely encourage you to let go of all your inhibitions. We were able to chat with the singer about his influence in the LGBTQ+ community, rediscovering himself and who inspires him within the music industry. Let his two new singles “Leave Together” and “Pressure” give you a head start on setting the mood for the new year while we wait for more reckless, late night anthems.

You have actually been featured in Local Wolves before, in 2015, but at that time you were releasing music under your real name, Gabriel Brown. What prompted the rebranding to Bronze Avery?

BRONZE AVERY — Gabriel Brown holds many hats. He’s an art director, a singer, a freelancer, and a million worlds in between. I think the message was getting confusing for everyone, including myself. I love Bronze because Bronze just focuses on making music. I was also getting really frustrated when people would look up my songs and there were 3 different Gabriel Browns! Not fun.

Listening to your music from 2015-2016 and then comparing it to the two singles you have released this year, I sense more confidence and spontaneity within your sound. What has changed in your process over the past couple of years?

BA — Two major things happened. I stopped being so metaphorical and I stopped taking everything so seriously. I feel more confident writing in a conversational tone instead of picking apart every single lyric I write. Now after I write a line I just ask myself if it’s something I would say naturally, and if the answer is yes, I keep it. It feels good to let your natural creativity ride instead of worrying about how artsy you’ll sound. That mentality is what gives me confidence to be me. 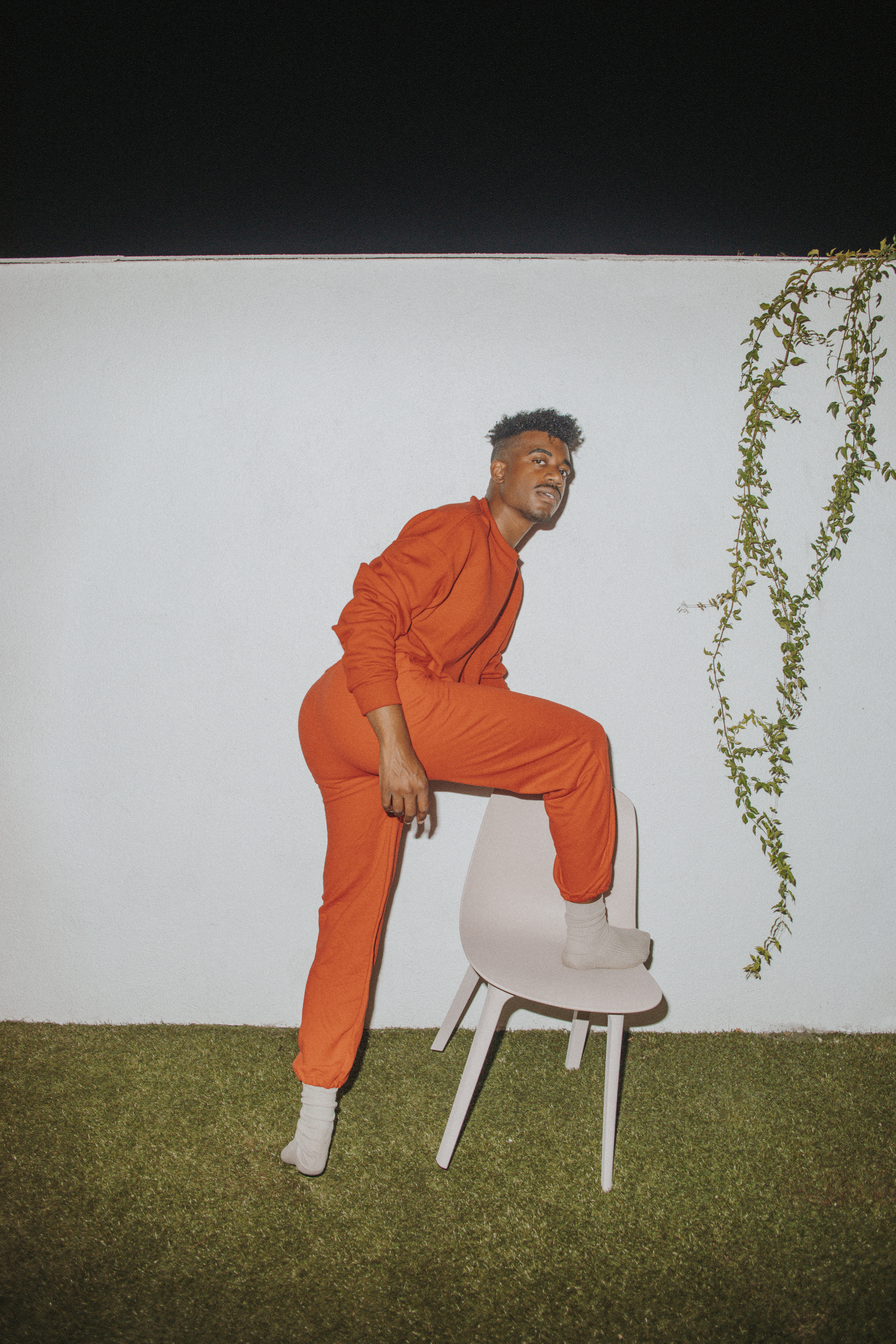 Now in regards to your recent releases, let’s talk about them! The first single you released in 2017 is “Leave Together,” which is what I love to play when getting ready because it builds that confidence within me and sets the tone for the night! What were your influences when making this song and what do you hope it makes listeners feel whenever they put it on?

BA — Gurlll. I’d love to see you pregame to this song! I went into the session with the hopes of falling somewhere between Felix Snow and Zara Larsson. I was influenced by the anticipation you feel when you’ve spotted someone that you feel a magnetic attraction to when you’re out. It was a clear choice for the first single because it’s short, sweet and I actually couldn’t stop listening to it after the initial session. I want everyone to feel confident and sexy. Make that move, talk to that boy, dance on that bar!

Also, an important part of “Leave Together” is that as a member of LGBTQ+ community the sexual perspective in your music is switched, which is such a necessary thing to introduce into the pop music scene because it makes a difference for so many people. Have you gotten any feedback from people within the LGBTQ+ community in regards to that song?

BA — I avoided my sexuality in my original music and now I think it’s something that makes me special and I want to embrace. I have a voice and an opportunity to showcase diversity within pop music. I’m ready to see more females, more people of color and more sexualities rise in pop music. There’s such unique perspectives and stories that aren’t being told because people simply don’t have a voice. I wanna make it my goal to be as transparent as I possibly can. All the feedback I’ve gotten from the LGBTQ+ community has been super positive and it seems like everyone is trying to tell DJs at gay clubs to spin it. Definitely no complaints there.

Your second release of this year, “Pressure,” is such a lust-ridden and confident track. Where did you draw your inspiration from for this song?

BA — “Pressure” is actually the first song I wrote as Bronze Avery. I did it with my friend Maike Maile, who’s produced all of my songs thus far. He played a bit of an instrumental he was working on and I was was obsessed with the chords. I started calling things out like “ooh, what if the synths pulses like this, or what if the drums had more of an island backing, or let’s add a sonar to give it more tension”. The inspiration from the lyrics are actually all stemmed from the line, “I’m gonna let ya“. That’s a direct quote from quite a steamy late night. I love pushing the edge of influence and pressure in my songs but also making sure there’s a moment where everything is clearly consensual. 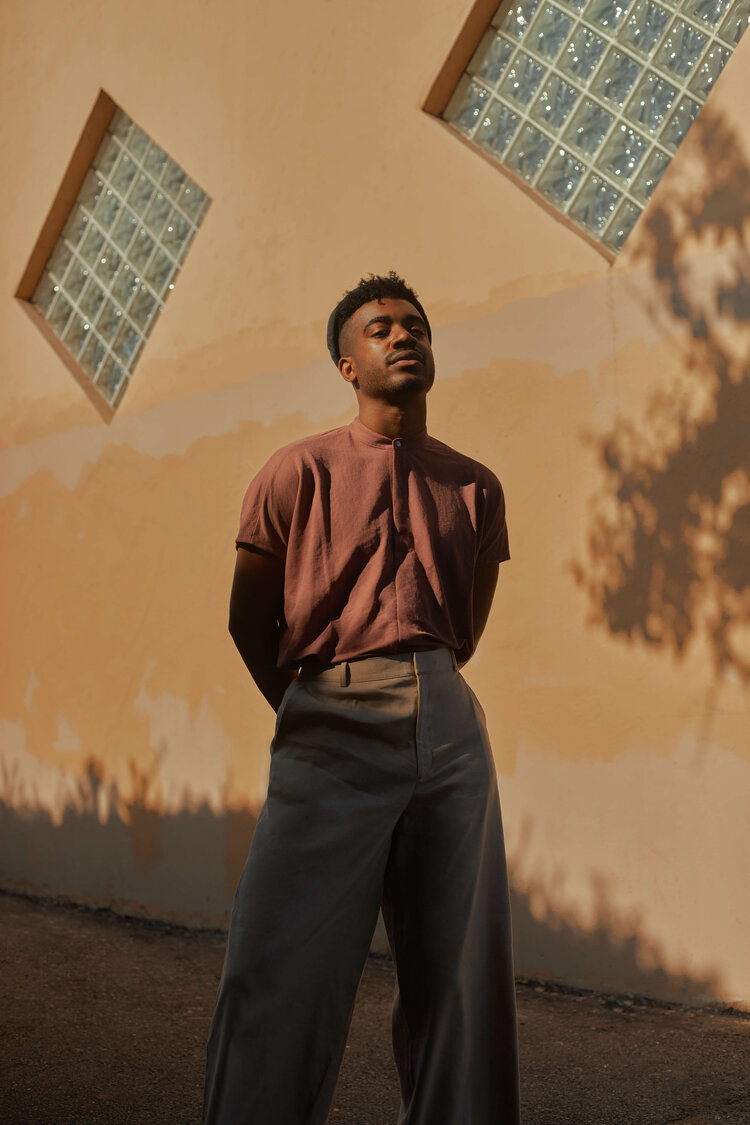 Who would be your dream artist to collaborate with? If you can’t pick one, go ahead and assemble your dream pop supergroup!

BA — I actually think I’d love to be in a group with Raye and Mabel [McVey]. I’m such a huge fan. They both have such unique vocal deliveries and I think our styling would be so cohesive and next level. I miss groups with guys and girls, and it’d be so dope to bring that style back.

You’re originally from Orlando, Florida. Do your surroundings influence your music at all? Do you gain a lot of inspiration from certain locations that may hold memories?

BA — I love Orlando and the opportunities it’s given me and although Orlando is a creative city, it’s not a creative city with creative work. Whenever I think of the settings for my songs, they’re mostly in places I haven’t been. It’s easier to get out of your typical box of tricks when you’re thinking of scenarios that are foreign to you.

In the mainstream pop culture, a lot of music can become redundant, what do you believe makes you stand out from the rest of the community?

BA — Taste. I know a lot of people will say perseverance, patience, or hard work. And while those things are really important to being successful, taste is truly the thing that will set you apart from everyone else in the room. Some of the biggest stars were chosen by labels, not because of their talent, but because of their vision and taste. Being able to curate your visuals, sounds, and everything in between will make you a much stronger artist than if a large team is doing it for you. Having good taste will also give you longevity in this industry so that if your creative team gets lost, you won’t get lost too. Being a musician is more than being a talented performer, it’s about creating art that lasts forever.

Growing up, did you know you wanted to be a singer? What prompted you to begin taking it seriously as a career?

BA — I always knew I wanted to be a singer and I knew whatever jobs I would have in between would just be momentary until I achieved that goal. Music is the single most important thing in my life. I knew it was going to be a career for me, I just wasn’t sure how I would get there. As I got older I knew I had a knack for writing and I saw that as my way into an extremely opaque industry. Eventually, I fell in love with writing and the art of recording, in some ways even more than performing.

Who is your biggest influence in the music industry currently?

BA — The absolute most important person in pop music and my biggest influence is Charli XCX. Not only is she a total hit machine, but she’s also managed to stay true to her sound through a multitude of vastly different eras. I could go on and on for hours about how her music reminds me of why I got into songwriting, and how refreshing she is in a world filled with music that seems to be copying each other. She also writes about partying and having a good time which are things that people in the word of pop music seem vapid, but sometimes your strongest emotional moments happen when you’re having fun. 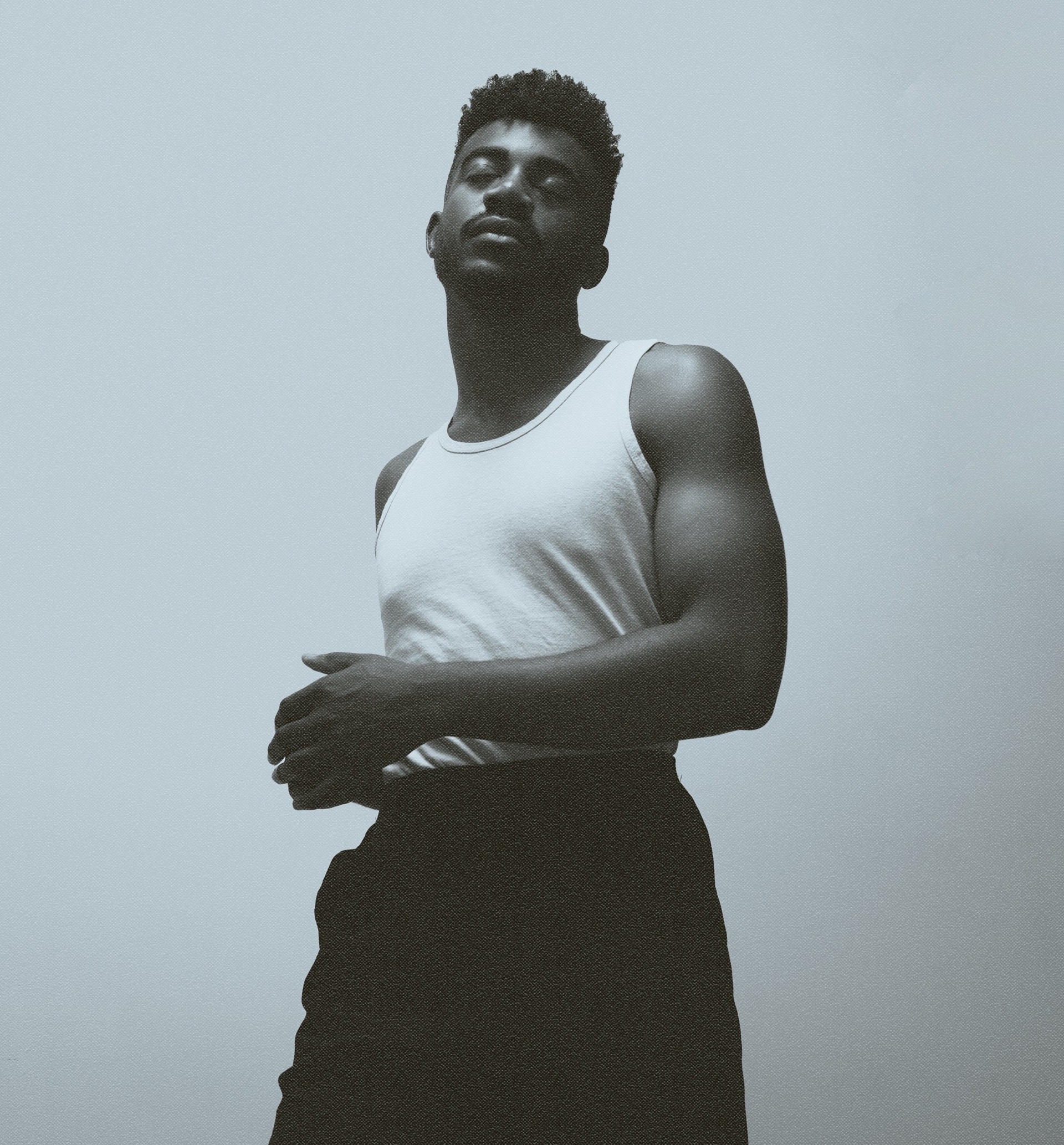 How does your writing process go? Do you have set sessions that you commit to writing or is it just whenever the inspiration strikes?

BA — I consider myself a fictional storyteller. This is kind of unique in the songwriting world since most musicians say their songs only come from personal experience. Don’t get me wrong, I definitely write songs that are close and personal to me, but sometimes it’s fun to pretend you’re in a different scenario. There are amazing fictional novel writers who are on the New York’s Bestsellers list. Although their stories are fictional, they’re still remarkable writers! I want to be like that for songwriters. It’s ok to write a song that a large amount of people will relate to, even if every detail didn’t personally happen to you. In terms of my writing habits, unless I’m going to a session, I’ll never force myself to write. I’ll always wait for the inspiration.

This past December started off with bang, you were on Apple Music’s “Breaking Pop” playlist. How did it feel to be recognized by the pop community on Apple Music?

BA — *sigh of relief* It was so humbling to see my song on that playlist. It validates the creativity and dedication I’ve been putting in for years! On the same token, my song was featured in Billboard Pride that same day. It’s not every day your music gets featured without any traditional PR, so this was such a highlight of my career thus far. Arjan Timmerman and Patrick Crowley are great music journalists, so many thanks to them.

What are you most proud of accomplishing this past year? And what should we expect from you in 2018?

BA — I am most proud of not losing myself in the process of finding my sound. It’s been amazing to see such a positive response to my music, especially since I started working on this in early February 2017. In 2018 expect more music, 1000% sass and some collaborations.