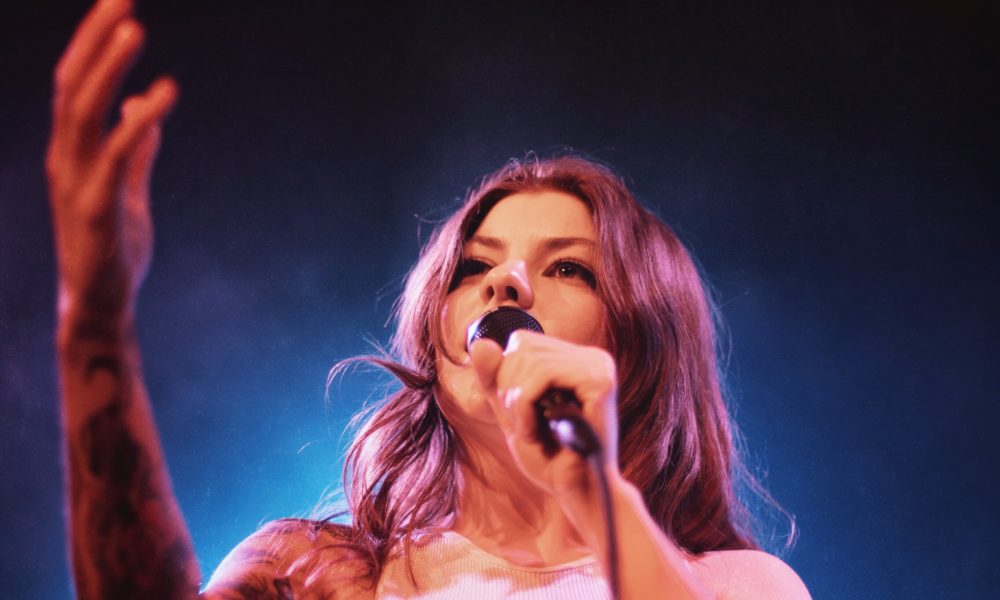 Surrounded in the loving embrace of fans living out the glam of a never got to experience, Donna Missal let all the emotional turbulence and self-discovery that encompasses her debut album This Time coalesce around her at her El Rey Theatre show on March 29th in Los Angeles, California. There’s a radiance to Missal—one found gleaming in that goofy-in-its-sincerity, wide grin that seems permanently stretched across her face in between songs and in her -voiced serenading—that always seem to challenge the burning she finds herself under at concerts. She beams with the kind of strength found in accepting one’s vulnerabilities, the very same that she wrestles with on her songs—and audiences never fail to soak-up the endless well of intimacy that drips from the singer’s lyricism.

For the penultimate night of touring for her debut, a night on which Missal celebrated with from her parents for selling out the El Rey, the velvet-voiced songstress was . No one gets into the silky grooves and melancholic beats of Missal’s songs than Missal herself—and she twirls, twists, and dreamily her body all the poignant words of her diary until she’s lost in them. For all and purposes, Missal herself while singing each of her songs; peeling the layers until every throaty croon and bitten-off line until she’s singing from that place she was when she first dreamt up the words and melodies. It’s self- her piercing howls in “Thrills” and the funky-ballad confessional “Girl.” And while This Time is an emotional powerhouse in its own right—Missal’s songs are electric to the sound touch when heard live in a way that is lacking of any studio recording.

Long before any of the songs on her album had even seen the light of day, back when she still singing rock-bands in her hometown of New Jersey, Missal honed a , fierce aura as . The kind that allowed her as an opener early-on at like The Troubadour in Los Angeles to palpably enamor crowds with her songs and -them in awe over stunning covers of artists like Beyonce. Today, and very much
her sold-out El Rey debut, Missal casts the same kind of spell as a budding pop-star of deeply-cutting affections and introspection. This Time, she explained during her , was about reclaiming a moment or dream in your life as your own. It was about the image you’d been sold yourself by other people and accepting on your own terms—and in-between she makes an argument for women to lift-up women, celebrating her own identity and body-image-self-acceptance while also her okay to do the same and encouraging them to help each other do just .

And that’s the striking-bolt that breaks the mold of pop-stars for Missal. She talks about to be the image of a pop-star that she never saw growing up. So she talks about body—about her belly, sweat, body of her that she was told to hide or remove to fit in. She clings, in desperation and hope, to every aspect her life—from her dreams to romance—and it’s Missal alone that keeps Missal afloat. A that co-mingles with empathetic desire to voice it for others . Women like Annie Clark and Sky Ferreira and Sharon Van Etten—women who are self-aware their flaws (both personal and the one’s society falsely props-up as ) and the tenacious can be used to fuel—are similar touchstones. And like Missal wields all the and beauty of herself onstage like a wrecking-ball a glass-house. She’s not just an angel-voiced singer/songwriter with a supernova a soul penning ferocious love songs and self-love ballads—she’s also a worthy men and women and non-binary people looking for strength in their uncertainty insecurity. And when that’s delivered between all the riveting passion of her songs a live-wire of a cover of Avril Lavigne’s “Complicated”—it’s a sucker-punch of catharsis the absolute best way possible. ON THE LOOP: MARIANAS TRENCH