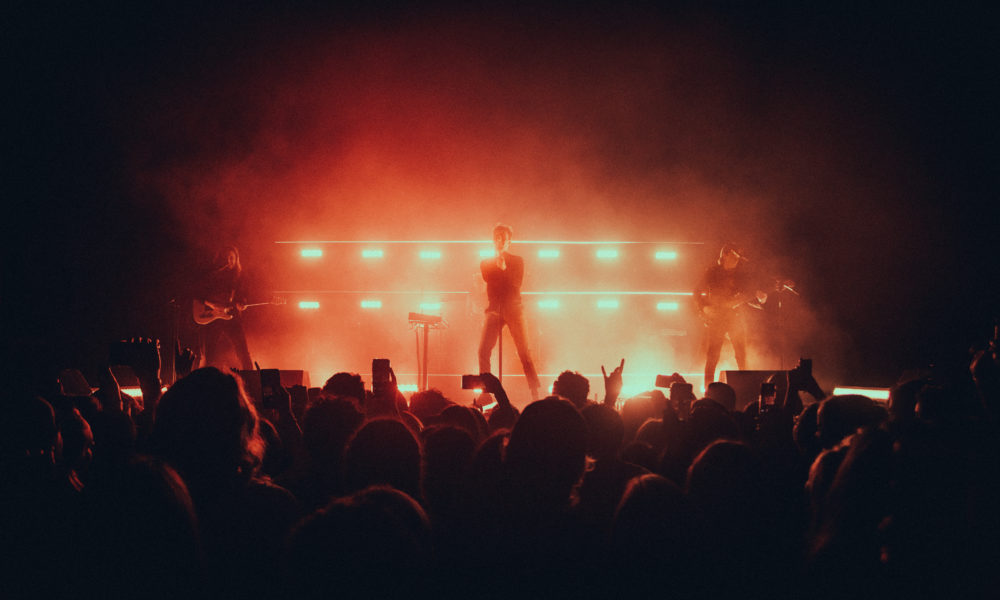 Looking for a new -pop group? Enjoy upbeat, groovy songs that get you dancing? Well, let us introduce you to the three-man band by the name of COIN, who paid a to Los Angeles’ own Wiltern on March 1st. If there is one thing you must know about this group, it’s that attending one of their concert is a truly mesmerizing experience. Visually, their set design and lighting played heavily into the mood of each song. In turn, this influenced the way the crowd perceived the band as a whole. One of the first few songs, “I Don’t Dance” was accompanied by low red lights that silhouetted each member on stage. This was something that was carried throughout many of their whole set, allowing the symbiotic instrumentation and vocals to be the center of attention, rather than simply the lead singer. This is something that is rare in bands like this, as a dynamic was made between fans and artists simply through the pretense of music, not through the star status of the group’s members. The intense energy of the crowd in each passing minute of the show mimicked such a relationship of to . Although attendees were part of a relatively younger demographic, the crowd was electric for the duration of the show, which not only up the band members (head-banging included), but also created an atmosphere within the theatre that was unforgettable. This is a band who truly puts their heart and soul into their music, which was meant to be heard live.

COIN made it seen as if the Wiltern was built for them.